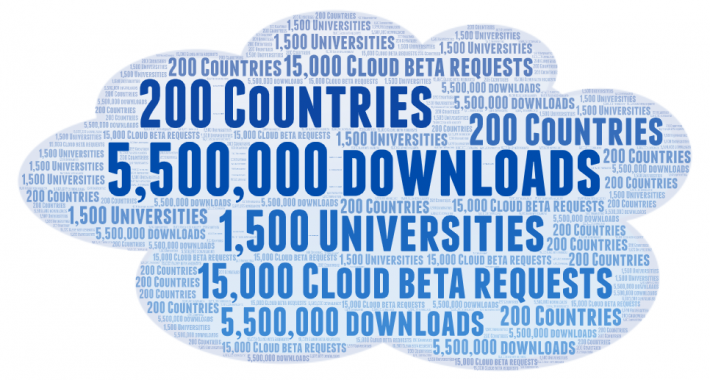 ProjectLibre has been working with Google Labs (Area 120)  on an unreleased video translation product called Aloud.  ProjectLibre is used in 193 countries and translated into 29 languages. Our global community are diverse in locations, languages and dialects.  ProjectLibre's primary written and video communication has been English.  Google Aloud is using artificial intelligence to dub videos from one language into another chosen language.  It is in beta testing and ProjectLibre has been very actively  testing. Our initial focus has been on Google's initial languages which are Spanish (both Spain and Latin American dialects) along with Portuguese (Brazil).

The results from our testing has produced both ProjectLibre Desktop and Cloud solution videos in those languages.  The Google Area 120 team has been amazing to work with,  helping ProjectLibre pilot the usage of Aloud.  We have released the videos for feedback to members of our community in both Spain and Brazil.  The feedback has been tremendous.  Here are two of our Desktop videos that give an introduction to ProjectLibre.

We are excited to work with the Google team and hope this becomes a released product.  The impact on the ProjectLIbre community would be tremendous.  Our users in France, Germany, Turkey ,  Indonesia etc.  will listen to our YouTube library of videos in their native languages.   It is a good use-case for the impact of this artificial intelligence technology.   We welcome your feedback [email protected]

Function Down or Up scrolls spreadsheet

Where is the Help for Project Libre